This monograph is an attempt to reconstruct and interpret the ideas of the anarchist theocracy proposed by the Russian writer and philosopher Dmitry Merezhkovsky (1865-1941). These ideas appeared due to the youthful fascination of narodnichestvo and symbolism, and the subsequent criticism of Christianity in the spirit of modernism.
The analysis shows how the aesthetic and cultural concept of new religious consciousness, resulting from the Russo-Japanese War and the outbreak of the revolution, transformed into activist eschatology, adopted political, revolutionary and anti-system characteristics, to join the struggle for post-revolution order. Merezhkovsky, by declaring war against the Tsarist autocracy and Orthodoxy, postulated the realization of the theocratic anarchy – God’s Kingdom on earth, free from all forms of dependency and hierarchy, whose fundamental principle would be the love for God and neighbours. This millenarian and messianic goal should be achieved by Merezhkovsky’s cooperation with radical intelligentsia, which under the influence of the author’s Now or never ideas was to experience worldview transformation and overcome its atheism. As we show, the concept did not remain only a theoretical vision, but it was manifested in the form of Merezhkovsky’s close relations with members of the Combat Organization of Socialist Revolutionary Party, with Boris Savinkov in particular, and with whom he proceeded to work on the establishment of the community which aimed at achieving the theocratic anarchy.
The dissertation has three main goals. The first one is the analysis of the evolution and radicalisation of the philosopher’s worldview, under the direct influence of historical events. The second goal is to show the concept of the theocratic anarchy in the wide context of the history of this construct. Third one is the analysis of the evolution of a modernist eschatological concept into a political plan and revolutionary involvement. The structure of the dissertation was subordinated to thus defined goals and consists of five chapters. 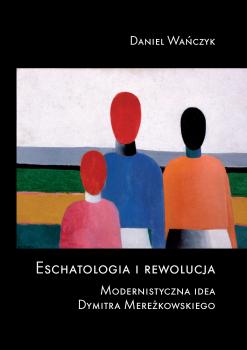