Cardinal Jan Duklan Maurycy Paweł Puzyna is one of those figures in the Polish history whose activities still arouse doubts, controversy and even emotions. His unpopular decisions were the main reason for him to become the symbol of the passing world of conservative ideas. Ideas marginalized at the turn of the 19th and 20th centuries by the development of modern political and ideological movements. Until today in the structures of the Church cardinal Puzyna is associated mainly with the last official attempt of secular authorities to directly interfere in the process of electing the pope, which took place during the memorable conclave of 1903. This study is the first attempt to look at Jan Puzyna in the widest possible context. To make it possible it was necessary to ask some additional and probing questions, as a supplementation to the known issues. The author looked for social and cultural factors which influenced the ideological formation of Jan Puzyna. Furthermore, in the study one can also find the analysis of some other aspects, such as Puzyna’s activity in Przemyśl and Lwów, as well as the reactions to his personality, decisions and views. Last but not least, the most interesting reasons for cardinal Puzyna to be remembered are predominantly negative comments. In author’s opinion, acknowledging of this phenomenon could help to understand the relations existing between different patterns of attitudes visible in Polish public life to this day. 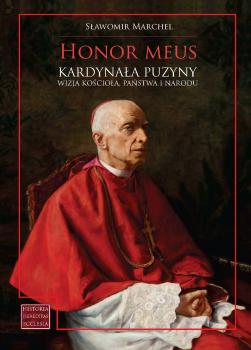