The European Union in light of the COVID-19 Pandemic ‒ A Failure of European Integration or a Chance for Closer Cooperation among Member States?

This publication discusses a diverse range of issues associated with European integration, ranging from the origins of the European Union, the evolution of the organisation over the last several decades, the changing visions of the future of Europe, the crises that the Member States faced in the past, and finally, the impact of the Covid-19 pandemic on the current and future level of European integration. Although the shape and future of the EU have been debated since its formation, the authors strongly believe that they need to be revisited due to the severe challenges this unique organisation and its Member States have been facing following the outbreak of COVID-19. The rapid spread of coronavirus around the world led to an unprecedented global emergency which severely affected many countries, including all the Member States of the EU. The COVID-19 pandemic put the ability of the EU to react quickly and effectively to the test. In addition, it also exposed the weak points of cooperation and solidarity of the Member States, and the level of trust their citizens have in the EU during a time of horrendous crisis. In this publication, a scope of integration and cooperation of the Member States is re-evaluated, and the level of European citizens’ trust given to the EU and its Member States during the deadly pandemic is analysed. In order to provide the reader with an in-depth and comprehensive research analysis on European integration, the study is presented through a historic, political, and legal lens.

The author holds a bachelor’s degree in History at the Pedagogical University in Cracow, Poland. She is currently an International Relations (master studies) student and an aspiring Candidate for Master of History at the Jagiellonian University in Cracow, Poland. An active participant in both national and international academic conferences, she is currently researching Scotland’s road to possible independence in the context of Brexit. In the past, she was an active member of the History Studies Research Group. Aleksandra is a historian who taught history and social studies and conducted workshops in several high schools, where her teaching performance was evaluated as brilliant and outstanding. Beside teaching, Aleksandra specialises in the history of the Early Modern period, European monarchies, as well as the history of the British Isles.

Alumna of Intellectual Property and New Media Law programme and Asian Studies at Jagiellonian University in Cracow. Currently studying Law, and Administration at JU. She also studied Law at Nottingham Trent University (UK). Co-author of “Chinese Law Research Guide” and co-editor of “China and the Chinese in the Modern World. An Interdisciplinary Study,” and author of multiple research papers. Active participant of many academic conferences on national and international level. She made the Minister of Education of Poland’s List for the remarkable students and has been awarded Rector’s Scholarship. Her research interests include IT law and Online Disputes Resolutions, comparative law, Chinese legal history and legal culture, along with the position of women in society and law. 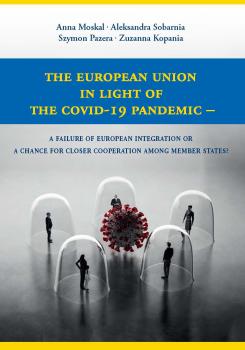