The present book is dedicated to the image of the Iranian world emerging from the extant Roman poetry written in the Republican and Augustan Ages. The scope of the source material stretches thus from the comedies of Plautus to the Ovidian exile poetry, covering over 200 years of the great development of Latin literature. My aim is to investigate which motifs were referred to by Roman poets, which patterns could be noticed in those texts, which elements were mentioned most often, what relations can be observed between these references and historical, geographical, social or religious realities, and finally, what the function of these references is within the scope of entire poems or parts of texts extracted from the works of a greater size. I am also interested in the “genealogy” of these motifs: their origin and way of exploitation by the poets of subsequent periods. I aim at examining how consistent the overall image created from references scattered throughout the works of various authors was and how it changed in the course of time.

(born 1992 in Gdańsk) is a classical philologist and historian. He holds a Ph.D. in literary studies from the Jagiellonian University in Kraków, where he works at the Institute of Classical Philology teaching Latin and Modern Greek. He studies Roman poetry, relations between the Graeco-Roman world and the Orient, and the history of ancient Iran. Currently, he is working on the Polish translation of the poetry of Claudian. 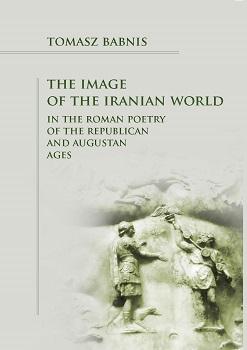